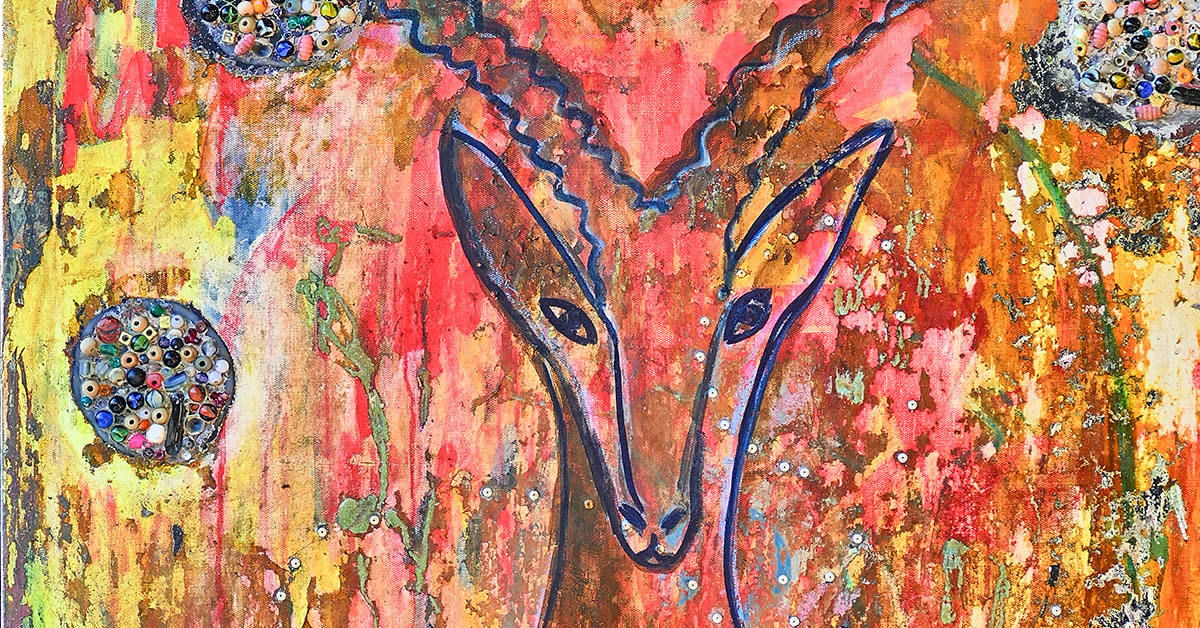 This head was too beautiful not to get. We had to drive over to Seattle to buy it.

Some people react in horror at having a taxidermy head in my kitchen, but I am grateful to be able to have it. This impala was killed in 1914. thats the beauty of taxidermy. I imagine that the heads I saw in France in the hunters lodge were even older than mine.
But my impala was from Africa and was killed by a man who owned a hotel in Seattle . Now we are the keeper of the Impala .
This painting of him is one that Im not going to sell because I cannot recreate it. I can’t recreate any of my painting really, but this one is like impossible because of the way I made it. It is a painted over painting that was a painted over painting and a painted over painting with each layer getting thicker an thicker. I added the glue and jewels and practically everything in my studio to make a collage and then I painted over the whole thing in White paint. So it was a practice experimental canvas for years. I took paint remover and scrubbed off the paint and then used a wire brush to get off the glue and jewels to see what that would be like and the more I beat it to death the more beautiful it became. It was shocking to see that going at it with a wire brush would not budge the glued on things. Since I could not get them off I decided to lean into it an embrace it as meant to be. So the last step was just draw a simple line drawing of the Impala and leave it. 100 percent of being an artist is just knowing when to stop.