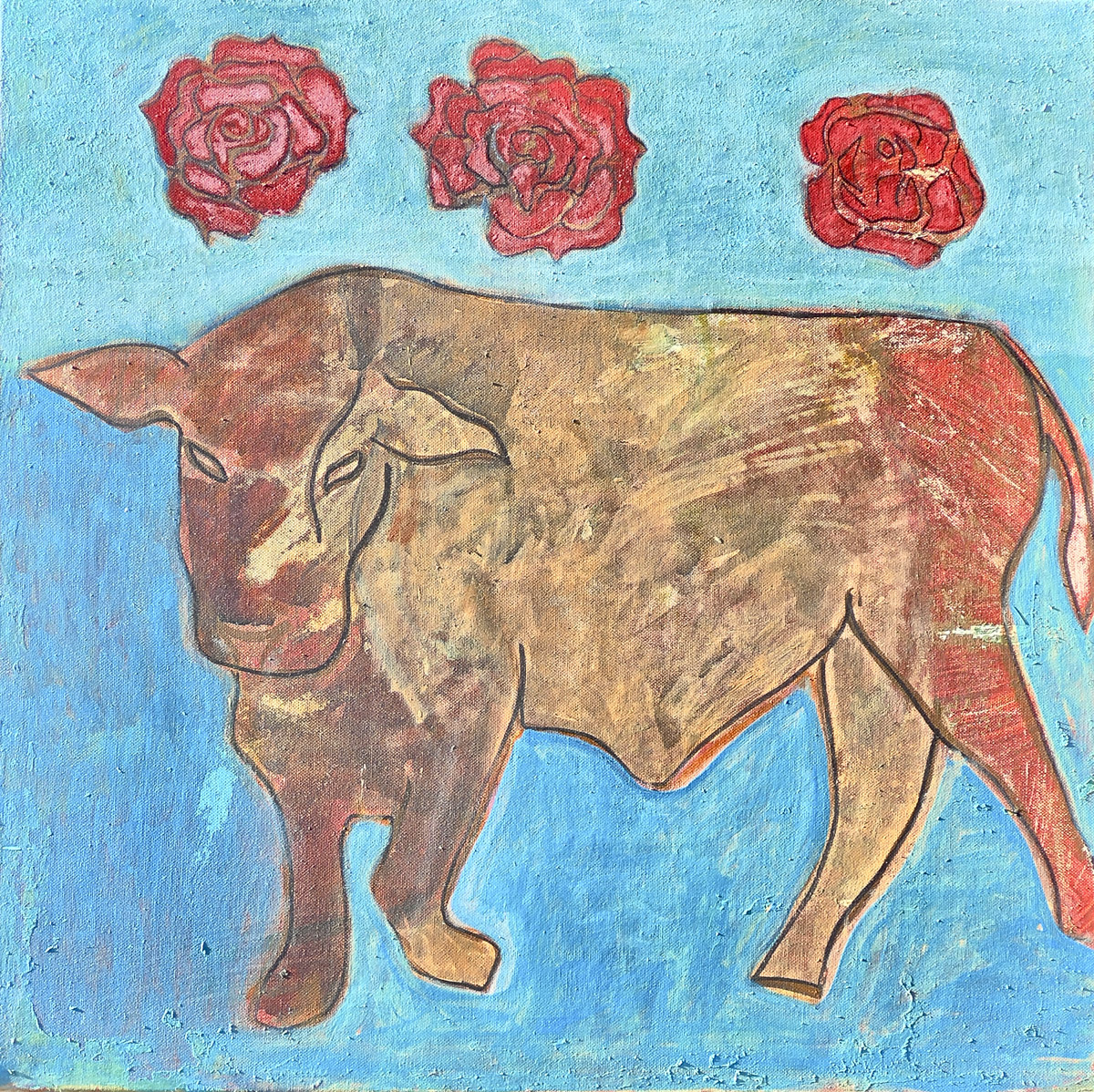 I had the opportunity to see a bull that was rented out to service a herd of cows. The cows are friendly and sweet and when the Bull stopped by they all were interested. He really cut a handsome figure with his black muscular body that was most defiantly male. There was something about him that enchanted me. Not only was he smart enough to turn the sprinklers on when he was hot but he also knew when he was being admired.
He pranced over to the fence so I could get a good look at him.
The way he held himself was so regal and determined.
When you drive past a farm here , you see lots of cows but its not often you notice a bull, so it was a treat to get a close up encounter. It wasn’t just the way he looked that was outstanding but it was his demeanor was the thing. He was elegantly powerful. I had to paint him with roses as they are the motive I love to use most and the juxtaposition of the masculine bull with the feminine rose was exactly how I found our encounter to be.